How to Tape a Thumb and Wrist

It’s time for another taping Tutorial and today we’re going to be looking at how to tape a thumb and wrist.
G’day Guys and Girls, it Anthony from GrandStand Sports clinic here with another taping tutorial. On this channel, we make a series of tutorials showing you how to best tape your athletes, so if you are new here, consider subscribing.
In today’s taping tutorial, we’re going to demonstrate a simple technique to tape up an athletes thumb and their wrist to allow then to return to competition sooner. The taping techniques that we are going to show you for both the thumb and the wrist are both a general support and you might find that you need to modify them slightly to better suit the needs of your athlete.
With that being said, lets first have a look at a basic technique for wrapping the thumb. As with any taping technique, it’s important to first get the athlete in the correct position prior to taping. To get the right position for taping the thumb, we ask the athlete to hold the thumb like they were holding a soft-drink can. For the thumb taping, we’re going to use the bony prominence on the other side of the wrist, called the ulnar styloid as the stable base and landmark for our taping. To commence the taping, we make one lap around the wrist at this point. Then, we go up, around the front of the thumb, and then back to the ulnar styloid. Coming around the front of the wrist, we’ll then go around the thumb again, heading back to the ulnar styloid. For our final pass we’ll go back up around the thumb, but this time we’ll go completely around the top of the thumb before heading back along the front of the wrist to the ulnar styloid. Tear your tape off at the wrist and again you can finish with some rigid tape to help secure the end of the tape. Use your hands to adhere the tape well to the skin.
This next technique, which uses the rigid tape, will increase the support at the first metacarpal-phalangeal joint, which is the joint in the thumb which is most likely to be injured.We are going to stick down a layer of rigid tape over the base of the thumb, which will act as an anchor for our taping. Work your way from the first knuckle down the base of the thumb to the wrist. We are then going to use some thinner tape to make a series of crosses over the base of the thumb. Each of these crosses should overlap the previous one by half a tape width. Work your way up the thumb until the first metacarpal-phalangeal joint is completely covered, but make sure you don’t apply the tape too tightly, you don’t want to lose feeling at the end of the thumb! As before, we are going to overwrap this tape with our wrist wrap and thumb, going around the front of the thumb, and back to the ulnar styloid. Then, the back of the thumb and head back to the ulnar styloid, before finishing with a complete circuit around the thumb and back to the ulnar styloid again. Again, tear the tape off at the wrist, and lock the end of the tape down with some rigid tape. Use you hands to conform the tape to the thumb and then check that the first knuckle of the thumb can move freely.
We are now going to look at the technique for taping the wrist and you don’t need to do the thumb taping underneath. However, you will be surprised at how well you can lock up the wrist if you incorporate the thumb taping into the wrist taping. Again, using the ulnar styloid as our stable base, we are going to do a series of wraps around the wrist. As I wrap the wrist, I like to work my way up the back of the hand to give some extra support to the wrist in extension. The number of wraps that you do around the wrist will depend upon your athlete and how much support they feel they need. As before, lock down the ends of the tape using a piece of rigid tape. You can test the amount of support that the athlete has and modify it by adding more or less wraps around the wrist. Try to minimise the amount of tape that you put on the front of the hand so that the athlete has maximal sensation through this area. This is particularly important if the athlete relies on having sensation in the hand, for certain skills like ball catching.
So there you have it guys, a really simple way to tape up the thumb and the wrist for your athletes. Remember, you can modify this taping based on the demands and the comfort of your athlete. If you would like any more information on the tape we used, just send us a message in the comments section below. If you liked what you saw, hit the like button, consider subscribing, and we’ll see you in the next video. 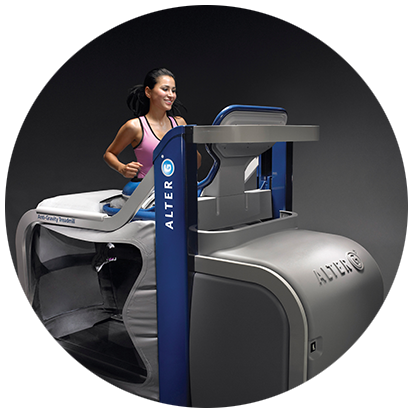